Even martinets have their sensitive side. That certainly seems to have been the case with Lt Colonel Donald George MacLauchlan, commanding officer of the Calgary Highlanders who was Dr Robert Henry MacLauchlan’s younger (and more respectable) brother. Succeeding Lt Col Fred Scott in February 1942 when the regiment was in England undergoing further military training, MacLauchlan was a different kind of man. In the early part of his command, when the Highlanders were following closely upon the initial successes of the hard fought D-Day landings, he was regarded by the troops as being squeamish about being under fire.


According to sources quoted by well-known University of Calgary history professor David Bercuson in his 1994 book “Battalion of Heroes: The Calgary Highlanders in World War II”, MacLauchlan was not often seen in the front lines leading the troops. Rather, he preferred to be in his bunker doing paperwork and reports or interviewing underlings. However, by the end of his tenure as Commanding Officer (CO), MacLauchlan had gained significantly in self-confidence as a leader and had faced fire along with his men. As well, he was well-regarded when it came to organizing and undertaking set-piece engagements.


According to Bercuson and an earlier chronicler of the Highlanders, Terry Copp, battle fatigue did the regiment’s second CO in. Not insensitive, MacLauchlan was still not one to indulge in camaraderie with his fellow officers. “Remote” probably was the word that best describes his leadership style. At the same time, however, the same authors mention that MacLauchlan did suffer quite personally over the officers and men under his command when they suffered injury or death. In fact, on one of the last days of his command, Lt Col Donald George MacLauchlan did break down over the fact that he was departing from his fellow officers.


He was succeeded as CO by Lt Col Ross Ellis, a man very much admired by the men under his command – probably since they knew he had risen through the ranks to lead the regiment. Unlike MacLauchlan he never, even from the first, displayed a reluctance to be in the front lines with his troops, facing the same dangers as them.


As we have mentioned before in this blog, Ken McIntosh and I are very interested to find out if Lt Col MacLauchlan and his wartime bride, Elizabeth Loder Johnson (the daughter of Baroness Selsdon, a lower echelon member of the British Aristocracy), had any children. If that is the case, we might be able to contact them in order to find out more about their uncle, Dr Robert Henry MacLauchlan. After all, the doctor along with his third wife (and fellow murder victim) Margaret Anne, remains the focus of our research.
We can be contacted through the home page of this website. 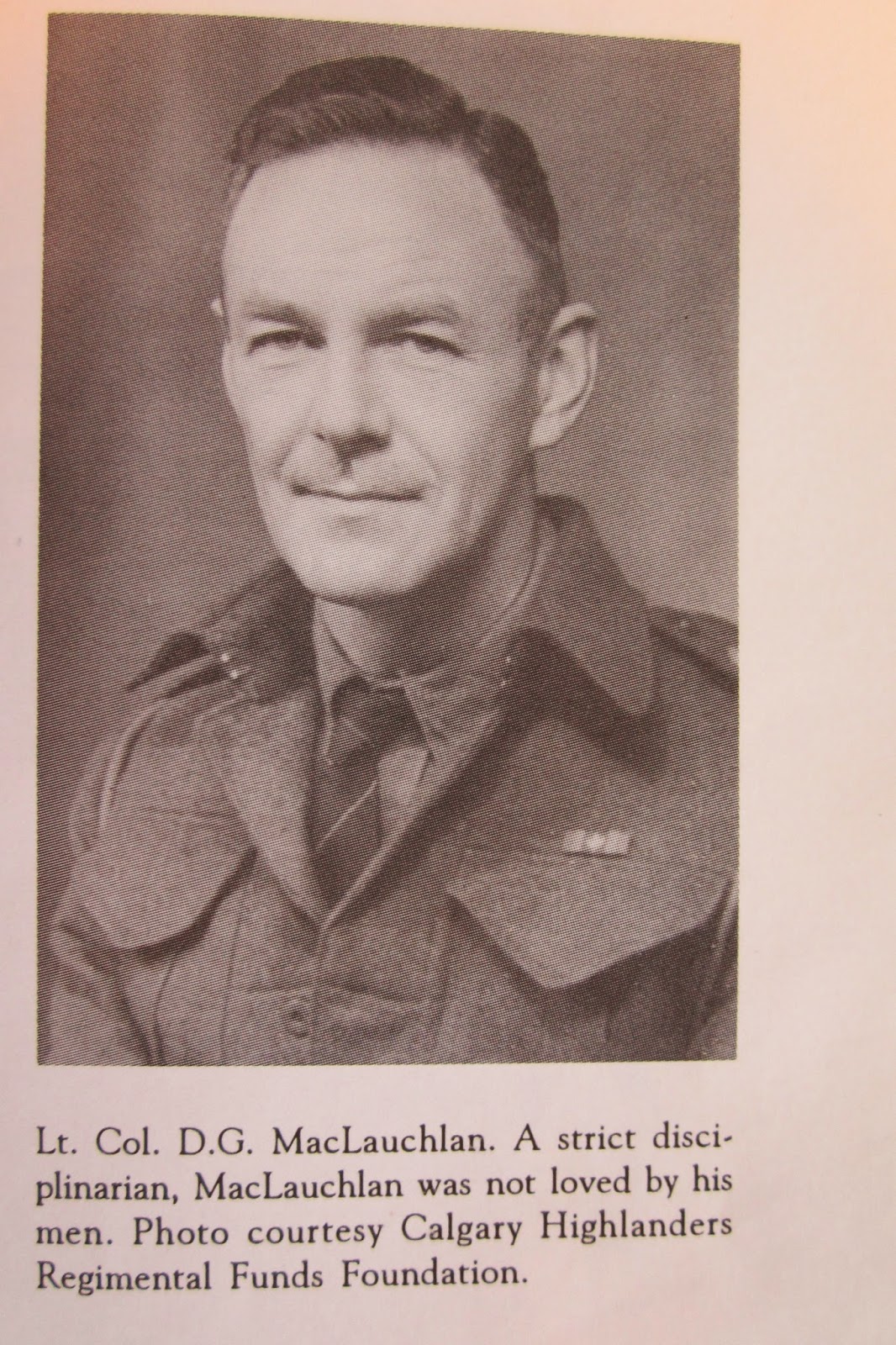 The above photo and its accompanying caption is taken from Prof. Bercuson's 1994 book on the Calgary Highlanders, which is mentioned above.
Posted by Archives New West at 19:38

Archives New West
Rod Drown and Ken McIntosh are avid writers who have penned numerous articles, lryics and books. Rod has a penchant for the Arts with his love of music while Ken has a deep passion for Baseball. Together they share a love of a good mystery, especially if it involves murder. Their latest collaboration is the unresolved murder involving the MacLauchlan Family in the western city of New Westminster – The Royal City. You are invited to help solve the murder by answering at a few questions put forward by the authors.